SO HOW DID IT ALL GET STARTED?

“This… is dedicated to Dr. Albert Schweitzer, whose reverence for life set me on a quest to translate his thoughts into action. His words, ‘I am very old and have little time left, so it’s important that you listen to what I have to say now as long as this candle burns,’ provided me with inspiration. His example gave me the courage to work to pass his light to young people following me in his path. When they have passed the flame to their sons and daughters, I will believe I have repaid the good doctor’s kindness and know he is smiling on my efforts.”

HALF A CENTURY OF PERFORMANCE

For over 50 years HOBY has been known as the country’s top youth leadership development organization. Founded in 1958 by veteran actor Hugh O’Brian, HOBY’s mission is to provide lifelong leadership development opportunities that empower individuals to achieve their highest potential. O’Brian set out to help young people make a difference and become positive catalysts for change—in the home, school, workplace, and community. Now, with more than 375,000 alumni leading the way, HOBY is respected worldwide for its youth leadership programs.

BEGINNINGS IN AN AFRICAN JUNGLE 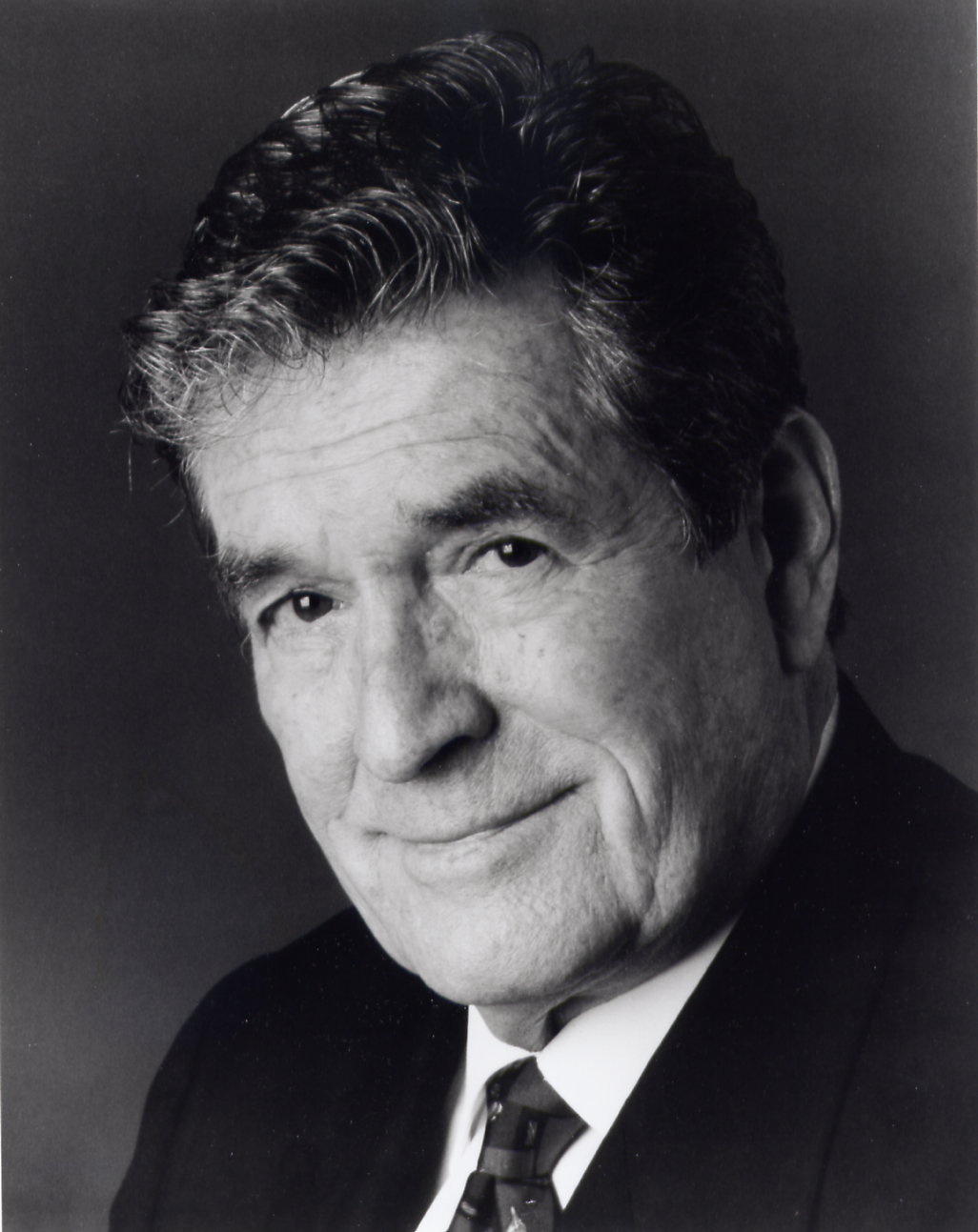 In the summer of 1958, actor Hugh O’Brian received the invitation that would change his life. O’Brian, then 33, had already made a name for himself as an actor portraying the legendary lawman Wyatt Earp on television and appearing in numerous films when a cable arrived from French Equatorial Africa. The cable reported that Dr. Albert Schweitzer would welcome him at any time for a visit.

O’Brian had long admired the German doctor-missionary-theologian-musician. “I’d read so much about him,” O’Brian reflects. “He was a great humanitarian who could have done anything he wanted in the world, and there he was in the middle of Africa taking care of people.” Within two weeks O’Brian was on his way, by commercial airliner, bush plane and canoe, to the famed hospital that Schweitzer had founded in 1913 on the banks of the Ogooue River in Lambarene.

There he was met by a very old man with a huge, white walrus mustache, wearing white pants, shirt and pith helmet. “That was his uniform,” says O’Brian, recalling his first sighting of Schweitzer. The actor spent nine days at the clinic complex where Schweitzer and volunteer doctors and nurses, working without electricity or running water, cared for patients including many with leprosy. O’Brian spent his days assisting the volunteers in the hospital and his nights with Dr. Schweitzer discussing global peace and world politics.

Schweitzer, then 83, who had received the 1952 Nobel Peace Prize for his efforts in behalf of the “Brotherhood of Nations,” was concerned about global peace prospects and was impressed that the young American had taken the time to visit him. The doctor led the actor through history over those evenings. Schweitzer was convinced that the United States was the only country in the world with the ability to bring about peace. 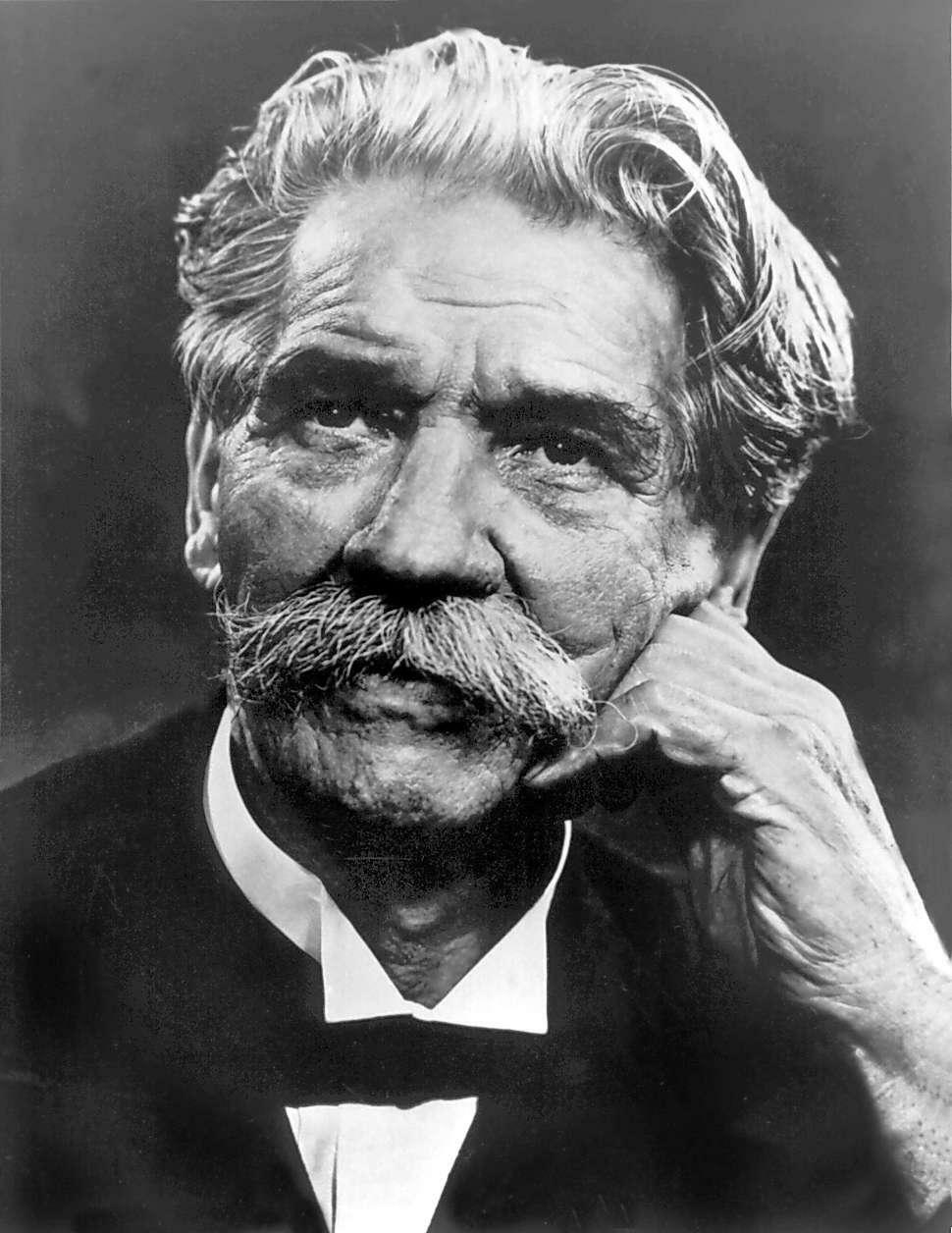 Dr. Schweitzer told O’Brian that he felt “The most important thing in education is to teach young people to think for themselves,” which O’Brian would never forget. “He said the United States must take a leadership role,” O’Brian recounts, “or we are a lost civilization.” After an inspiring nine days, O’Brian prepared to return to America.

Before saying goodbye, Dr. Schweitzer took O’Brian’s hand and asked, “Hugh, what are you going to do with this?” It was these words combined with his unforgettable visit that compelled O’Brian to form Hugh O’Brian Youth Leadership (HOBY). Two weeks after returning from his 1958 visit to Africa, O’Brian put together a prototype seminar for young leaders.

OVER THE NEXT FEW DECADES…

From 1958 to 1967, HOBY leadership programs took place annually in Los Angeles. The programs were initially offered only to male high school sophomores from California. In 1968 the scope of the HOBY program grew to include national and international participants, which led to the expanded eight-day global leadership seminar called the World Leadership Congress (WLC) held annually. In 1972, female sophomores were also invited to attend HOBY programs.

In an effort to include more students nationwide, three- and four-day HOBY Leadership Seminars were instituted in 1977, with Delaware, Illinois, New Jersey, New York, and Rhode Island being the first to conduct HOBY Leadership Seminars. By 1982, Leadership Seminars were being conducted annually in all 50 United States in which high schools throughout the country nominated a sophomore to attend a HOBY seminar in their state. In 1991, HOBY added one-day introductory leadership trainings called Community Leadership Workshops (CLeWs) for high school freshmen. CLeWs are initiated and organized by HOBY’s own alumni and/or members of the community, and are sponsored by local service clubs or companies that believe in HOBY’s mission. HOBY’s influence has even extended worldwide with programs developed in such countries as Canada, Mexico, Israel, China, Taiwan, Korea, Bolivia, and Argentina.

Over four decades later, HOBY is still inspiring young people all over the world to develop their leadership and critical-thinking skills to achieve their highest potential. Currently, more than 9,000 students, representing as many high schools nationwide, attend HOBY programs each year. These programs are run by over 4,000 volunteers with community leaders, business executives, educators, and parents involved in every seminar. Volunteers donate their time, talents, and labor by planning, coordinating, facilitating, and serving as mentors to tomorrow’s young leaders.

Each program strives to follow the HOBY motto of teaching students, “how to think, not what to think,” thus ensuring that Dr. Schweitzer’s hope for young people lives on.

…from Dr. Albert Schweitzer… to Hugh O’Brian… to You… to the World… 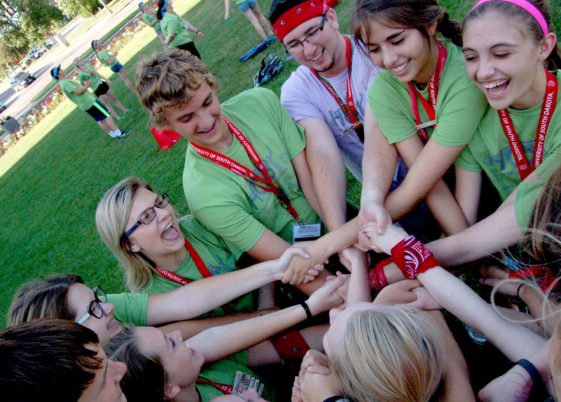 GET INVOLVED WITH HOBY SOUTH DAKOTA!

Every year, more than 4,000 men and women throughout the country commit their time, energy and talents to planning and executing HOBY’s programs. Volunteers make a significant impact on the lives of HOBY participants, while also having an opportunity to reevaluate their own life goals and objectives, share their experiences, and have fun!

Want to see the impact of HOBY firsthand? Get involved as a student, school, parent, alumna/us, volunteer or support.